The Unbearable Lightness of Turkeys

Don’t let the turkeys get you down. Have you seen this thing? A simple drawing by Sandra Boynton of an elephant driven to its knees by six or seven of the aforementioned birds? It was everywhere for a while a long while ago (and apparently lives on as t-shirts, coffee mugs, posters and greeting cards; but, then, everything that ever was still is somewhere on the internet).

The message was simple: any troubles you have are analogous to turkeys and you shouldn’t let them get you down, those darn turkeys.

Yeah? Well, bunk. While I suppose that there are some turkeys out there that are a constant headache, that would do everything in their power to make a person’s life absolutely miserable, the turkeys with which I’ve interacted have been a pure joy. Case in point, the two newest residents at The Quarry Farm.

A couple of months ago, Laura Zitzelberger, operations director at Nature’s Nursery Center for Wildlife Rehabilitation and Conservation Education, contacted us about possibly taking in three bronze turkeys that had been seen wandering in a residential neighborhood in Toledo. And, while three were spotted, once volunteers from the center arrived on-scene, only two were found. Of the two, one was suffering from a variety of injuries (the consequence of getting on the wrong side of a dog). So, after 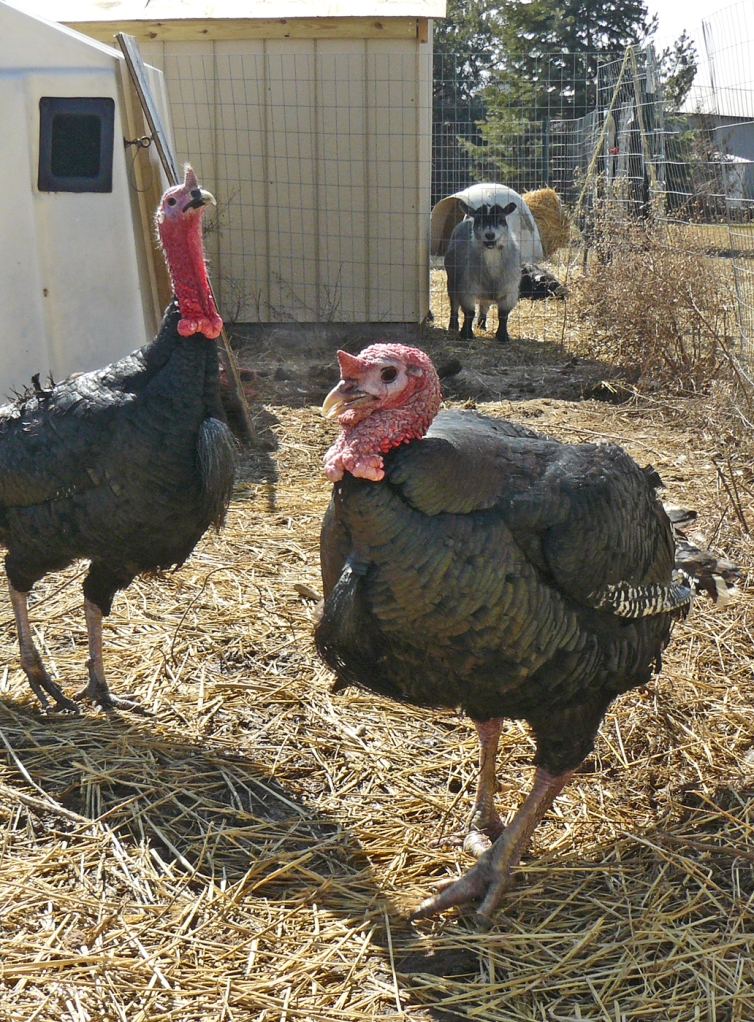 rehabbing the bird and determining absolutely that these were indeed domestic and not wild turkeys (bronzes bear a remarkable resemblence to their undomesticated cousins), they contacted us late last week and made arrangements for us to pick them up.

We bundled them into the back of Rowan’s Subaru Forester and made the hour long trek back south to Putnam County where we set them up in the same run as Johnny, the Canada goose, and Andi, the Pekin duck. During the whole of the trip, despite being unceremoniously lifted from the home they had come to know and dragged into a whole new situation, not once did either bird make more than an idle and near-inaudible complaint.

So here they are now, these two birds we’ve dubbed Fezzik and Inigo. And glad we are that they’re here.

2 responses to “The Unbearable Lightness of Turkeys”